The September exhibition at the Justus Fine Art Gallery will feature a selection of new works by Mark Blaney, Robyn Horn, gallerist Dolores Justus and Steven Schneider, as well as works by artists such as Matthew Hasty, Sandra Sell and Gene Sparling.

A reception for the show will be held from 5 to 9 p.m. Friday as part of the gallery’s monthly walk through downtown Hot Springs. The exhibit will be on display until September 31.

At 10 a.m. Saturday, Mark Blaney and Steven Schneider will take part in a casual “Tea Talk” gallery. All are welcome.

Blaney has exhibited his paintings, drawings and sculptures for over 25 years. “With a strong history of exhibits and collections, Blaney recently completed two murals in North Little Rock and is currently working on two additional mural commissions. The paintings by Blaney that will be included in the September exhibit reflect the ability of the ‘artist to capture light, color and movement,’ a press release said.

“All my work begins with the interpretation of natural forms using drawn lines as symbols to suggest movement or rest, then I simply draw with color. … I paint with the same approach as drawing: to seek a intuitive freedom while having a visual conversation with nature. Mixing colors to follow an idea is really fun and each new painting is a new chance to work and play in shape and color,” Blaney said in the release.

A new selection of paintings and sculptures by Horn will be presented in the exhibition. One of his sculptures, “Slipping Sideways,” is a “good representation of the strong sense of form, balance and movement that characterizes Horn’s work,” the statement said.

As part of his “Slipping Stone” series, the sculpture appears as an assemblage of tumbling forms. His painting “Plunging In” combines geometric form with textural organic elements that echo his sculptural work.

An exhibition of Horn’s sculptures and paintings also runs through October 30 at the Museum of Craft + Design in San Francisco.

New paintings by Justus will also be featured in the September exhibition. “Drawing on nature for inspiration, her work balances representation and abstraction with a painterly style that contributes to its interactive quality,” the statement read.

Justus’ work has been exhibited in solo and group exhibitions for over 30 years, and is also included in a wide range of private and public collections. Alongside her own art practice, she curates the exhibitions shown at the Justus Fine Art Gallery, manages the gallery, and provides art direction, design and writing services through her design and marketing business.

Schneider is the newest addition to the gallery’s roster of artists. Originally from Lake Charles, Louisiana, he continued his artistic career in Lafayette, Louisiana as a painter, illustrator and graphic designer before moving to Donaldsonville, Louisiana in 2004, where he and his wife, Cynthia, owned and operated Schneider. Art Gallery, as well as The Grapevine Café & Gallery. In 2014 they moved to Goshen where he established his new studio. Schneider’s work has been included in a wide range of exhibitions, as well as public and private collections.

“My work is heavily influenced by the natural world and draws inspiration from the color harmonies, values ​​and form relationships that exist in nature. The subjects chosen echo personal experience for me and are of a familiar spirit They serve to satisfy my need for the creation of images as well as the documentation of a place in time,” he said in the release. 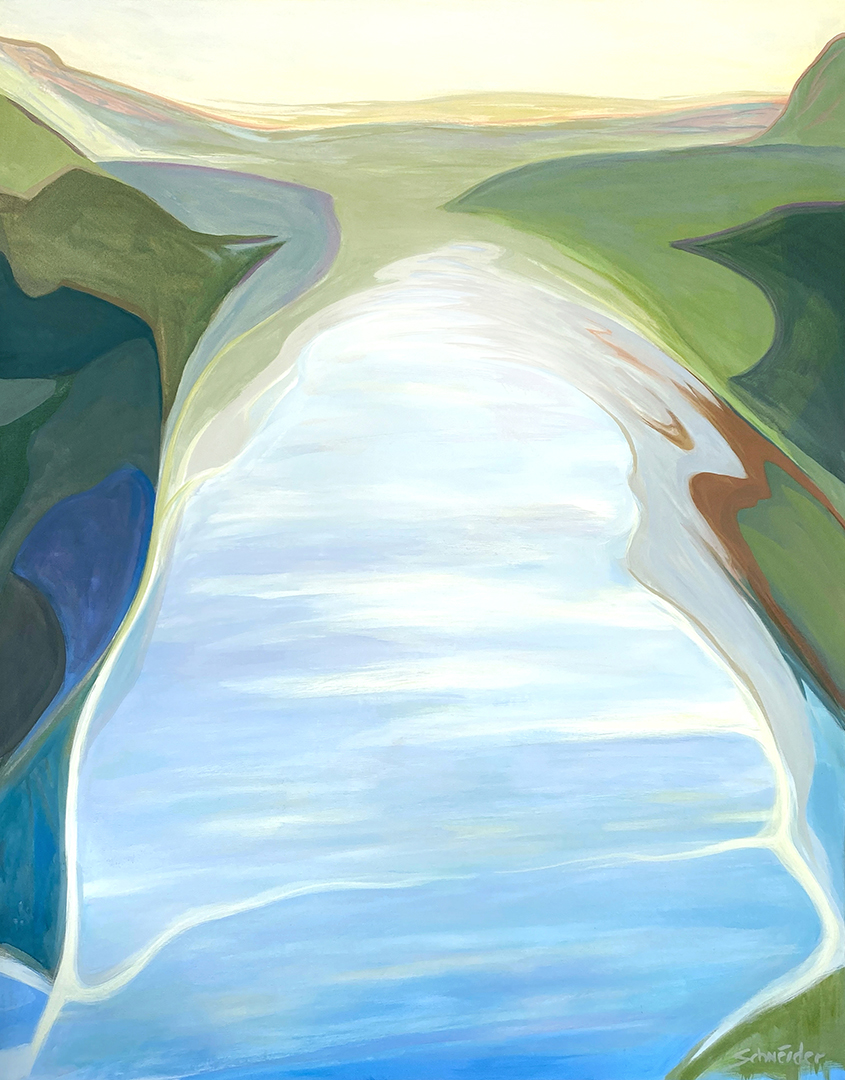